Sigiriya also known as the Lion’s Rock is a rock fortress and a palace located in the Matale district of Sri Lanka. This ruin is surrounded by gardens, ponds and other structures. Sigiriya was built by King Kassapa and it is included as a World Heritage site. Sigiriya is the best preserved city centre in Asia.

Earlier is was a rock-shelter mountain monastery which was donated by Buddhist devotees. Later King Kassapa renovated it by building gardens and palace. After his death it was again used as a monastery.

Human habilitation in Sigiriya at its earliest was found to be nearly five thousand years during the Mesothilic period.

Rock inscriptions are carved near the drip ledges on many of the shelters, recording the donation of the shelters to the Buddhist monastic order as residences. These have been made within the period between the third century B.C and the first century A.D.

In 1831 Major Jonathan Forbes of the 78th Highlanders of the British army while returning on horseback from a trip to Polonnaruwa came across the “bush covered summit of Sigiriya”. Sigiriya came to the attention of antiquarians and later archaeologists.

The Sigiriya complex itself consists of the central rock and two rectangular precincts which are surrounded by two moats and three ramparts. The city is based on a square module.

Structure of The Lion Rock

The Sigiriya Rock is actually a hardened magma plug from an extinct volcano. The most significant feature of the rock would be the Lion staircase leading to the palace garden. The Lion could be visualized as a huge figure towering against the granite cliff. The opened mouth of the Lion leads to the staircase built of bricks and timber. However the only remains of this majestic structure are the two paws and the masonry walls surrounding it. Nevertheless the cuts and groves in the rock face give an impression of a lion figure.

There are only two pockets of paintings covering most of the western face of the rock. The ladies depicted in the paintings have been identified as Apsaras. However a lot of these ladies have been wiped out when the palace was again converted into a monastery so as to not to disturb meditation.

Originally this wall was so well polished that the king could see himself whilst he walked alongside it. Made of a kind of porcelain, the wall is now partially covered with verses scribbled by visitors to the rock. Well preserved, the mirror wall has verses dating from the 8th century. People of all types wrote on the wall, on varying subjects such as love, irony, and experiences of all sorts. Further writing on the mirror wall has now been banned. 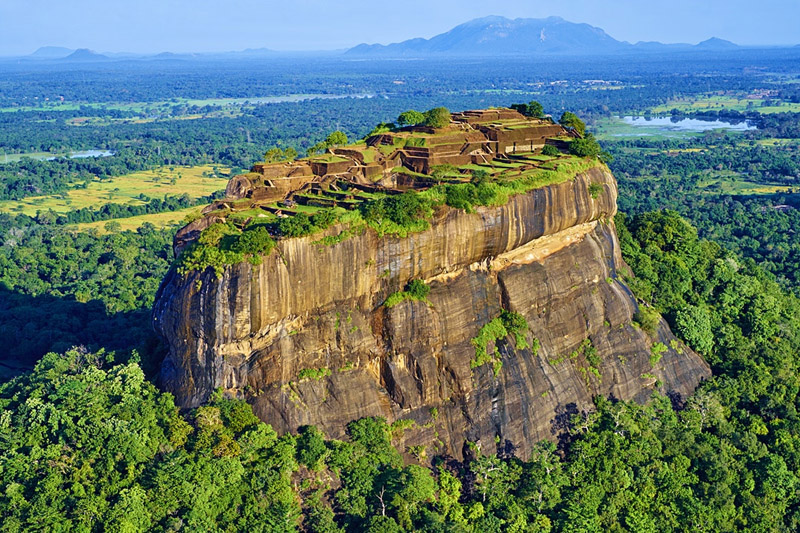 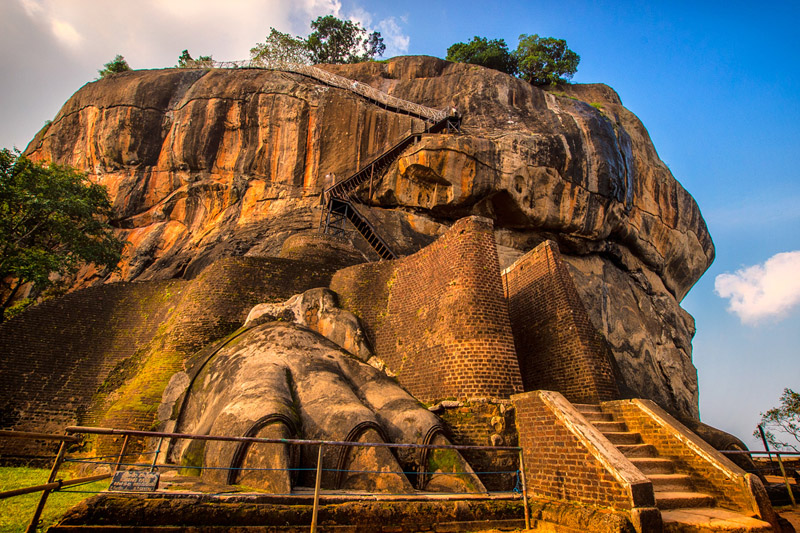 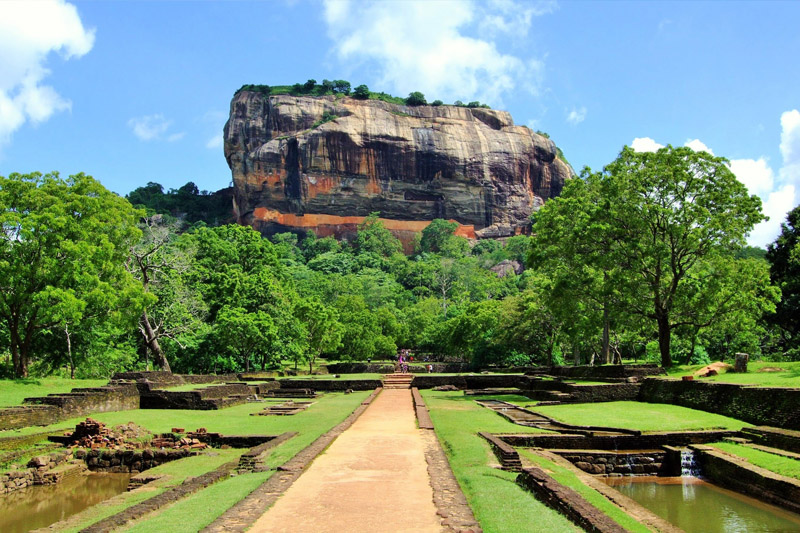 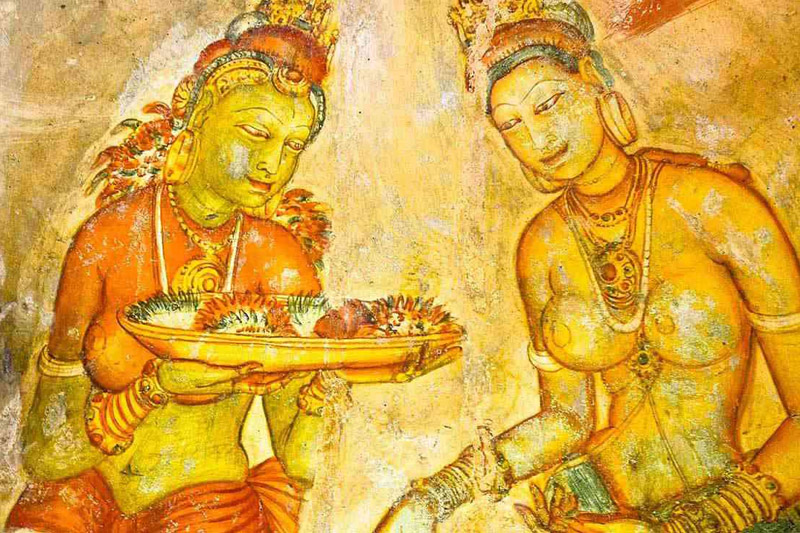